Yogini Ekadashi is one of the most auspicious occasions for Hindus to cleanse themselves of all their past sins. This day is important for those who are attracted towards materialism, and wish to walk the path of spirituality. It is one of the most promising days for observing fast in the most sacred way with immense benefits being obtained from it. It falls on the 11th day of Krishna Paksha during the Hindu month of Ashadha; this year falling on 20th June. Like various other fasts, this is a significant holy day on which devotees observe fast to relieve themselves of materialistic desires, evil thoughts, and greed. The rituals associated with this fast are just like those followed in any other fast of the Hindu mythology. The fast can be observed by anyone – young or old; especially those who are suffering from health problems and skin diseases. Yogini Ekadashi rewards the devotee with good health, and removes the ill-effects of all past sins and wrong deeds. 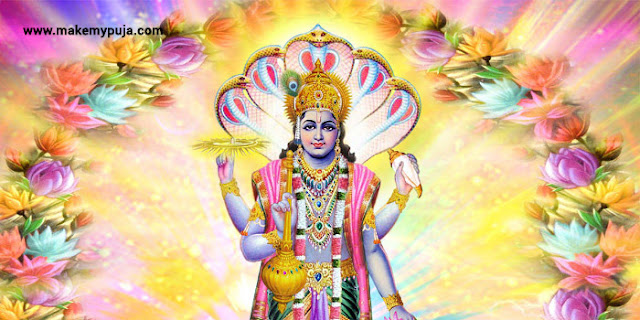 What is the legend behind Yogini Ekadashi?
The legend behind this auspicious day is related to the times when King Kubera, the official treasurer of Gods, ruled Alakapuri. Along with being a king, he was also a devoted follower of Lord Shiva. Every day he would offer flowers to the Lord and worship him wholeheartedly. It was the duty of his concierge named Hemamali to collect flowers from the Mansarovar for the king to be offered to Lord Shiva during worship. One day, after collecting flowers, instead of delivering the flowers to the king, Hemamali went to his wife and got indulged in relishing the worldly joys with her. On finding out, the king called for Hemamli and cursed him to become a victim of leprosy. He was also abandoned from the kingdom, and was sent to live in the jungle. After years of misery, he came across Sage Markandeya, who after listening to his story, advised him to observe the Yogini Ekadashi fast to relive himself from his mistakes, and cleanse his bad karma and sins.
How important is Yogini Ekadashi?
Yogini Ekadashi helps devotees untangle from their past sins and evil deeds/thoughts. It is believed that observing this fast is equivalent to feeding 88,000 Brahmins! People who observe fast apply mud paste and bathe early at sunrise, and worship Lord Vishnu throughout the day. They believe that doing so will help them cleanse their bodies and souls thoroughly, after which they can lead a life with no ill-effects of the past. Along with observing a fast, devotees listen to the Yogini ekadashi Vrat Katha in detail. They do so because it is believed that Lord Krishna also narrated this story and the importance of the Yogini Ekadashi fast to King Yudhishtira.