India is known for its rich and diverse culture, where a number of Gods and Goddesses are seen to be worshipped, and a number of festivals are celebrated throughout the year. Every festival, whether big or small, is celebrated with great joy and enthusiasm, and Mahashivratri is no exception. Different regions of the country celebrate this grand day in different manners because of the various legends associated with this special day. The most common rituals carried out at all Shiv temples across the country include Abhishekam, Aartis, and Havans. But, there are certain rituals that are specific to certain cultures. And to enjoy this diversity, you must make it a point to visit the below mentioned places on this festive day – one different region every year. 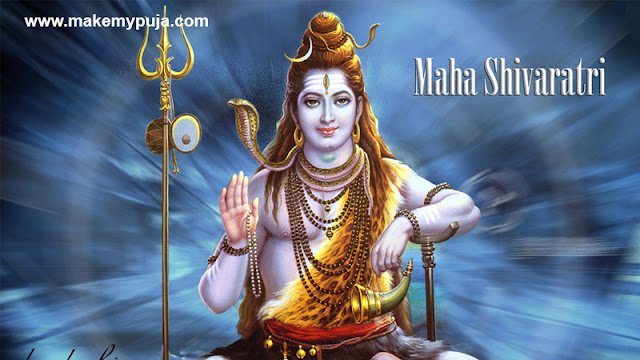 North India
Shiv’s consort – Goddess Parvati – is believed to be the daughter of the Himalay. Therefore, the mountainous regions of India engage in grand and magnificent Mahashivratri celebrations. Every Shiva temple is thronged by both locals and tourists on this day. The festivities in certain places go up to even a week or fortnight! The Mandi district in Himachal Pradesh has the famous Bhootnath temple, which is the highlight of the week long Mandi festival taking place in this region on Mahashivratri. This festival is a 500 year old tradition, and attracts tourists from different places across the globe. Another temple one must visit is the Neelkanth Mahadev Mandir in Rishikesh, which is situated at th every place where Lord Shiva consumed the poison that was produced from the Samudra Manthan. A grand fair is organized by this temple on this day, where visitors throng to participate in the celebrations. If you are anywhere in Kathmandu, Nepal, you mustn’t miss out on visiting the grand and culturally rich Pashupatinath temple, located on the banks of the river Bagmati.
South India
As much as in the North, Lord Shiva is also a beloved one in the South. In some parts of South India, shiva is referred to as Yogiraj and Adiguru. This is why people in this region who belong o the dance and music field please Lord Shiva by performing Tandava and Lasya dances. The Srisailam in Andhra Pradesh is devoted to the Mallikarjun avatar of Lord Shiva. This temple has both the Jyotirling and Shakti Peeth, thus signifying the strong bond of Lord Shiva and Goddess Parvati. Another famous temple, the Thrikkuratti temple in Kerala, hosts a special dance program known as the Sivarathri Nrutham on the grand occasion of Mahashivratri. The performances are inspired from Shiva’s dances, and thus are called Anandatandava.
East India
Mahashivratri is of utmost importanc to the devotees of Lord Shiva in East India because this region is home to many Jyotirlings and the King of Jyotirlings – The Lingaraj, where lakhs of visitors throng on Mahashivratri. People are seen to offer Abhishekam and prayers to the Lord; and local processions are also seen. The Tilbhandeshwar temple in Varanasi organizes a special 5 hour long wedding procession, where participants dress up as divine deities, dance, and play with colours. This procession is due to the fact that Mahashivratri in this region is believed to be the day when Lord Shiva married Parvati. The Lokanath temple in Odissa has the Shivlings immersed in a natural water fountain throughout the year, where the water is drained only on Mahashivratri so that the devotees can see the Shivling and offer their prayers.
West India
The regions of Gujarat, Rajasthan and Maharashtra also see lots of devotees worshipping the Shivling and offering water, milk, belpatra and fruits on this auspicious day. People here also observe the Mahashivratri fast, wherein they consume only water, milk and fruits all day long. The Somnath temple in Gujarat is believed to be the first among the twelve Jyotirling shrines of Lord Shiva, where he is believed to have appeared as a fiery column of light. This temple is an important pilgrimage and tourist spot of Gujarat, not only on Mahashivratri, but all throughout the year.
You can see how Lord Shiva is respected and prayed to with immense faith and devotion throughout the country of India, no matter what the region. Make it a point to visit any of the above mentioned places every Mahashivratri to pray to the Lord, along with enjoying the festivities. However, if you are unable to visit these places, don’t be disheartened. You can attain the same amount of blessings of the Lord by performing a simple Mahashivratri Puja right at your home, in the presence of the most professional and qualified MakeMyPuja Pandits.