Ekadashis are the most important fasting days for Hindus all across the globe. There are two Ekadashis in every month, dedicated especially to Lord Vishnu. If you are a ardent devotee of Lord Vishnu, you must make it a point to worship him and observe a fast on these auspicious days. Although all Ekadashis are likely to eliminate the ill-effects of one's past sins, but Yogini Ekadashi has its own great significance. This day is especially for those who have problems of the skin and other related diseases because of the legend behind the day. Those who are attracted towards materialism and wish to walk the path of spirituality can also observe fast on this day. Yogini Ekadashi falls on the 11th day of Krishna Paksha during the Hindu month of Ashadha; and this year the date is to be 20th June 2017. 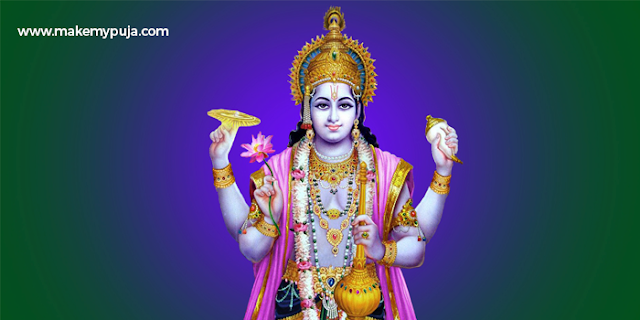 Yogini Ekadashi is one of the most promising days for observing fast in the most sacred way by young and old alike to gain maximum benefits from it. Like any other Ekadashi fast, in this fast too, devotees need to abstain themselves from any form of grains and pulses, and can consume only milk and fruits. They must begin their day by worshipping Lord Vishnu and then observing fast for the entire day, which can be broken only the next morning. When performed in the right way, devotees who observe fast can be relieved from all sorts of materialistic desires, evil thoughts, and greed. One can be rewarded with good health, and elimination of all sorts of ill-effects of past sins and wrong deeds.
Why is Yogini Ekadashi especially beneficial for those with skin related diseases?
There is a specific legend associated with the auspicious day that had cured someone from a cursed disease of leprosy. It dates back to the time when King Kubera, the official treasurer of Gods, ruled Alakapuri. The king was an ardent devotee of Lord Shiva, and used to worship him every day by offering him fresh flowers. His concierge Hemamali was given the duty of collecting flowers everyday for the king, which he would offer to Lord Shiva. One day, after collecting flowers, Hemamali went home to his wife instead of delivering the flowers to the king, and got engaged in relishing the worldly joys with her. When the king sat for worship and found the flowers missing, he sent for Hemamali. After learning about the wrong deed he had done, the king abandoned him from the kingdom and cursed him with leprosy. After years of spending a life full of disease and misery, Hemamali came across Sage Markandeya, and asked him for a solution. The sage after learning about the entire story advised him to observe a fast on Yogini Ekadashi to relieve him from his mistakes, and cleanse his bad karma and sins. Doing as advised, Hemamali was freed from his disease of leprosy, and was forgiven by the king, and made to join his kingdom again. Ever since, it is believed that fasting on Yogini Ekadashi can relieve one form his past wrong deeds, and also cure skin related diseases.
Whether or not you suffer from any such disease, it is obvious that you may have done some wrong deeds in the past, no matter how appalling or reasonable. Therefore, it is advised that you also perform the rituals of Yogini Ekadashi to eliminate all such ill-effects from your life by pleasing Lord Vishnu. Another way of pleasing Lord Vishnu and offering gratitude to him is by hiring experts like MakeMyPuja Pandits and performing a Satyanarayan Puja on any Purnima, which pleases Satyanarayan, the Narayan form of Lord Vishnu.